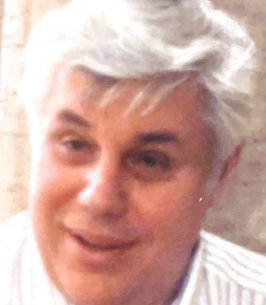 He was born in Wilmington, Delaware to the late, Alfred and Anna Bernard. Al attended P.S. Dupont High School and was a star athlete, lettering in football, track, basketball and excelled in American Legion Baseball. Following high school, Al went onto Washington College and Goldey Beacom, where he lettered in basketball. Like most men in his generation, Al joined the U.S. Marines and proudly served his country for 2 years.

Al’s passion was for business. He founded Bernard Personnel in 1964 and was active in the business until the age of 83.

When he wasn’t hard at work growing and sustaining the business he built, he enjoyed spending time in Brigantine, N.J. with his wife Marie and friends, especially Saturday nights at Harrah’s Casino. He also loved Florida and spending time with Marie at their condo in Fort Lauderdale where they enjoyed dining out and attending an occasional happy hour at Aruba on the Oceanfront. He loved jazz music and was an avid fan of jazz pianist, Dave Brubeck

In addition to his parents, Al was preceded in death by his infant son, Kevin Bernard.

Al is survived by his wife of 59 years, Marie Bernard; sons, Barney and his wife, Jennifer Gajadhar Bernard, Jon and his wife Gillian Engberg, and Michael and his husband, Richard Kramer.

The family would like to give special thanks to Sheila Skilling who was like a daughter to Al and was of special assistance to Al and Marie the last 2 years personally and who has been a loyal employee of Bernard Personnel since 1987.
Relatives and friends are invited to attend a viewing on Friday, October 28 from 10-11am at Krienen-Griffith Funeral Home, 1400 Kirkwood Hwy. Wilmington. A graveside service will follow in Cathedral Cemetery, 2400 Lancaster Ave., Wilmington.