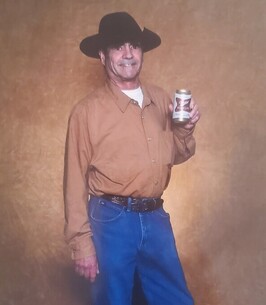 Passed away peacefully at his home on July 26, 2022.
Born April 25, 1952, to Joseph and Theresa (Hopkins) Freebery, Sr. He was a graduate of both St. Peter the Apostle School and Salesianum High School. Joseph was an avid sports fan, especially hockey and the Philadelphia Flyers. He also loved cheering on the Eagles and Phillies. When his daughters were younger, he enjoyed coaching both of their softball teams and was always giving up his free time to do so. He also enjoyed playing softball himself and took any opportunity he could to join teams through work and other avenues. Joseph also loved bowling and was a member of many leagues throughout his life.
In his youth, he served as a Boy Scout and an altar boy for St. Peter the Apostle Church. He then served in the Army National Guard until being honorably discharged in 1977. He later enlisted in the Air National Guard for many years as a firefighter. He also served as a chief and member of the Good Will Volunteer Fire Company Station 18 in Old New Castle. He moved on to later become a carpenter as a member of the Carpenters Local 626 for many years until retiring in 2012. After retirement, he became a huge fan of country music and line dancing. As a line dancing instructor teaching others gave him great joy.
Joseph was preceded in death by his parents and his granddaughter, Cheyenne.
He will be dearly missed by his wife, Doris; his two daughters, Michele, and Denise; his son-in-law, Michael; five grandchildren, Brittany, Tam, Marybeth, Eric, and Mikayla; and one great granddaughter, Lillith. Joseph is also survived by his seven siblings, their spouses, numerous nieces, nephews, and great nieces and nephews.
A celebration of life service will be held in Joe’s memory at Good Will Fire Company, 401 South St., New Castle, DE 19720 on August 20, 2022, from 11am-3pm. in lieu of flowers the family requests that donations be made to the A.I. DuPont Hospital for Children, where Joe was a long-time contributor due to the excellent care that was provided to his granddaughter prior to her passing.
Cowboy Up Cowboy Joe; you’ve done good! Keep dancing in heaven!
www.defuneralfuneral.com