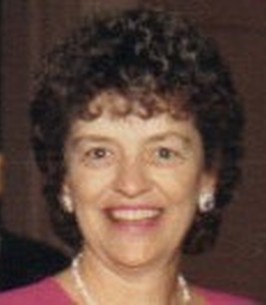 Judith “Judy” Marie McLaughlin, nee McGuire, aged 80 years, died peacefully in her home early in the
morning on June 13, 2022.
Judy is preceded in death by her parents, Bill and Elizabeth “Honey”
McGuire, her husband, Francis, her daughter, Eileen Pyle, and her grandson, Ronan. She is survived by
a sprawling extended family: her daughter, Kathleen McLaughlin-DePace, her husband Lou, and their
children, Jason, Anna, Kerry, and Maura, and Kerry's fiance, James Bunnell; her son-in-law, Keith Pyle
and his children, Daire, Cassidy, and Conor; her son Francis, his wife, Cee Cee, and their children,
Dillon, Declan, and Reilly; her daughter, Maria Smith, her husband, Scott, and their children, Matthew
and Sean; her son, Paul, his wife, Rosa, and their children, Judy and Paul; and her son, Billy, his wife,
Maki, and their daughter, Hana. Some of her grandchildren called her Grandmom and some called her
Mum-Mum and none knew why the others used a different name.
Judy was raised in Elsmere and was a proud graduate of St. Elizabeth School, the 2nd generation of 4 to
attend St. E's. She was an only child and loved to spend endless days at a close friend's “where there
was always a new baby.” Her friend, in turn, spent endless days in the peace and quiet of the McGuire
house. The latter was frequently broken with Judy's love of music, especially on the day Judy and a
friend nearly wore out an Elvis Presley 45 dancing in her backyard.
Judy worked as a legal secretary for the law firms of O'Donnell & Hughes and Potter, Carmine, &
Associates, and doing clerical work for Catholic Charities. She was a pioneer of working from home
and typed many student essays from her house in Cleland Heights. At night, she was found engrossed
in her latest book until far too late.
She remembers first meeting her future husband in the McLaughlin family's house at Front and Broom.
Fran came home on leave from the Marines, still wearing his uniform, and Judy asked her best friend,
who happened to be Fran's sister and also named Judy, “Who's that?” In the ensuing years, Judy found
her complement in the former Annapolis instructor and Fran found a woman who once asked him,
“How do you tell when water's boiling?” Together, the two of them worked as a team to raise their 6
children. Some of her happiest times were when her children and grandchildren packed themselves into
their Cleland Heights house for Sunday dinners and birthday celebrations.
They also accomplished Judy's life goal of owning a beach house, with Fran saying it was his life goal
to say yes to whatever she wanted and the beach house was a nice perk.
She was a sports encyclopedia and would frequently pull her grandchildren into long discussions,
picking apart coaching methods and athletes' career choices, speculating on teams' futures, and relaying
favorite highlights. She lived and died with each Eagles and 76ers game, and her living room was often
full of fans on game day.
She was an inexhaustably good influence on her 6 children and 16 grandchildren. Her warmth and
generosity brought grandchildren home from the West Coast and Ireland for the holidays and her love
was deep and unconditional and will endure inside those blessed to have felt it.
Her final housebound years were an inspirational testament to her courage, strength of character, and
sense of humor. Through sheer force of will, Judy turned what was supposed to be a few months of
misery into three years of joy and laughter. Her sarcasm, absurdity, and generosity flooded the room as
soon as a visitor walked through the door and in minutes, any visitor forgot they were speaking to a
woman in hospice. They were simply back with Judy.
Her family would also like to thank those healthcare workers who cared for Judy. They feel a special
gratitude for Lashonda, her daily caretaker, who came to know Judy's humor and love as well as any of
them.
Relatives and friends are welcome to attend the Mass of Christian Burial at St. Elizabeth R.C. Church,
S. Clayton Street, Wilmington, on Saturday, June 18, at 10:30 am. Friends may call at the Krienen-Griffith Funeral Home at 1400 Kirkwood Hwy on Friday evening, June 17, from 6 to 8 pm. In lieu of flowers, please make contributions to the Benedictine Sisters at St. Gertrude Monasteries at 25 Gender Rd., Newark.